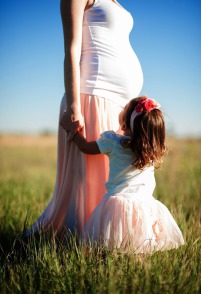 "(Baby - 6 months) had been very constipated, uncomfortable and unhappy for several weeks early into weaning. Julia made a few gentle  Bowen moves - it took just 12 hours to take effect. (Baby) is obviously so much more comfortable, happier and now filling her nappies with great regularity! We would recommend parents consider Bowen for their children."

Bowen Technique has been found to be useful at every step, from conception to the postnatal care of mother and baby. It is increasingly being advocated to support the rapid changes of the body.

Treatments can be given whilst seated or lying on your side, which means they can be given right up to(and during) labour. In addition, there is no need to un-dress making the whole process even more enjoyable!

After childbirth, it will help bring the body (especially the pelvis) back into alignment.

"I started seeing Julia during my second pregnancy. I was experiencing restless legs and this resulted in interrupted sleep, leaving me very tired and irritable. Bowen was effective in reducing the frequency of the condition, relieving tension and allowing my body to relax. Overall, the technique helped my body cope with the demands of pregnancy whilst giving an increased sense of wellbeing."

Bowen is increasingly being sought by parents for many reasons including:

So gentle, the baby will not be alarmed by the treatment, usually still in the arms of it's parent. It is increasingly sought by new parents following a traumatic birth.

Either lying on the couch or continuing with their play, they respond well. Common presentations:

Important note: A baby or child will only ever be treated with the written consent of the parent/ guardian and with them present.